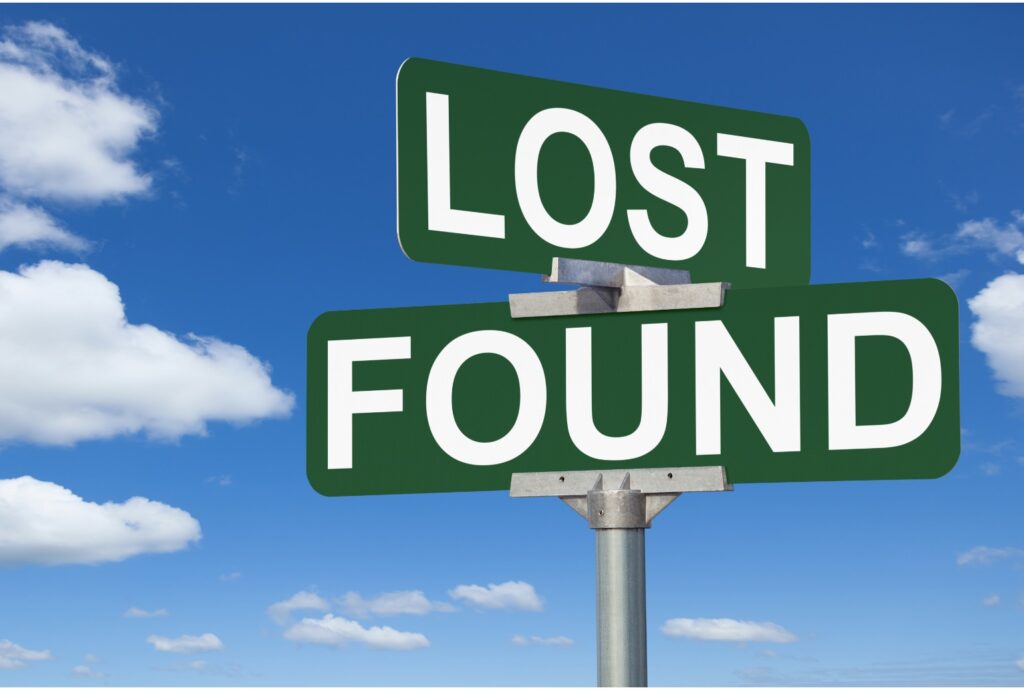 Matters of Life and Steph: “Attention Kmart Shoppers”- Musings from a Children’s Writer

Attention Kmart Shoppers: One of My Most Powerful Childhood Memories

Some childhood memories stay in the past, and some stick with us.

I was five when I got lost in Kmart at the South Hills Mall.  It was a huge store with towering aisles of grey steel; harsh fluorescent lighting; and loud, red K’s that seemed to be screaming “low prices” at you from every possible angle.

Truth be told, I hated Kmart because it smelled like rubber tires to me (the automotive department took up the back corner of the store). But I hated Kmart even more after I got lost in it.

During the late 1970s and early 80s—a time well before tracking devices and cell phones were a thing—the fear of kidnapping ran high in my suburban town. Even though there weren’t any specific threats that I was aware of, my mother descended from a long line of worriers. That meant she embraced the possibility of my sister or me being kidnapped at any moment, and rarely let us out of her sight when we went shopping.

I recall that it was a blisteringly cold winter day. My sister and I were probably going bonkers being cooped up in the house. I’m sure my mother said something to the effect of, “Let’s go to the mall and look around” with no further promises of anything other than window shopping.

We, however, interpreted this statement as “maybe she’ll buy us something.” Eagerly, we put on our coats and hats without complaint. Bundled up to the point that the seat belts struggled to close, we would have jumped into our monstrous Oldsmobile sedan and chugged over to the South Hills Mill. 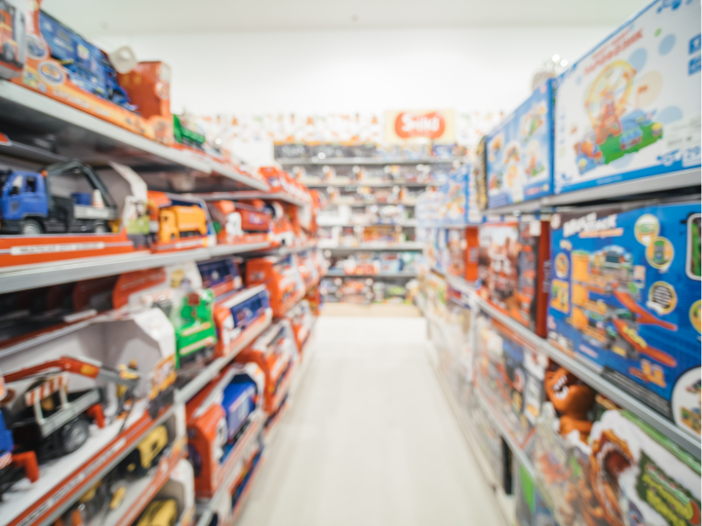 At the mall, there was a checklist of stores we had to visit:

First, we went to Teepee Dashery (trust me, it was THE cool store in the mall); next was the toy store; if my parents were in a good mood, we would stop at the video arcade, oddly named Dream Machine (though we didn’t always get a quarter to play); and finally, if the stars aligned, we went to Villa Roma, my favorite pizza place.

Kmart was added to our list if one of my parents needed something that they couldn’t find at the supermarket or hardware store. (Recall, this was before the convenience of two-day shipping.)

And Then I Got Lost

So, on this ill-fated day, we had stopped into Kmart first. Kmart was not known for having an amazing toy department, but surely it was better than whatever my mother was looking at. I told my mother she could find me by the toys, then raced off to the Legos before she could say no.

After a while, I became bored with the toys. I decided I’d quickly pop over to the sneaker section then come back. Kmart’s sneaker department was worse than their toy department. I didn’t stay there very long.

Like many children, I was oblivious to time. I had no idea how long I had been gone. I waited as patiently as I could back in the toy department. In my childhood memories, this is the moment I remember thinking “why hasn’t my mother come back to get me yet?”

I peeked my head over to the next aisle to see if my mom was there. If so, I would angrily tell her it was time to wrap things up. But I didn’t see her or my sister. I backtracked and went to the other side of the toy aisle. Still no sign of my mother or sister. Maybe they went a few aisles further? I wondered.

The store was so big that even if I yelled “Mom?” she probably wouldn’t hear me. (Though, I’d probably get answers from several other women shoppers who answered to the same name.)

I tried hard not to panic. Thinking as best as my five-year-old brain would allow, I asked myself “How will I find my mother?” 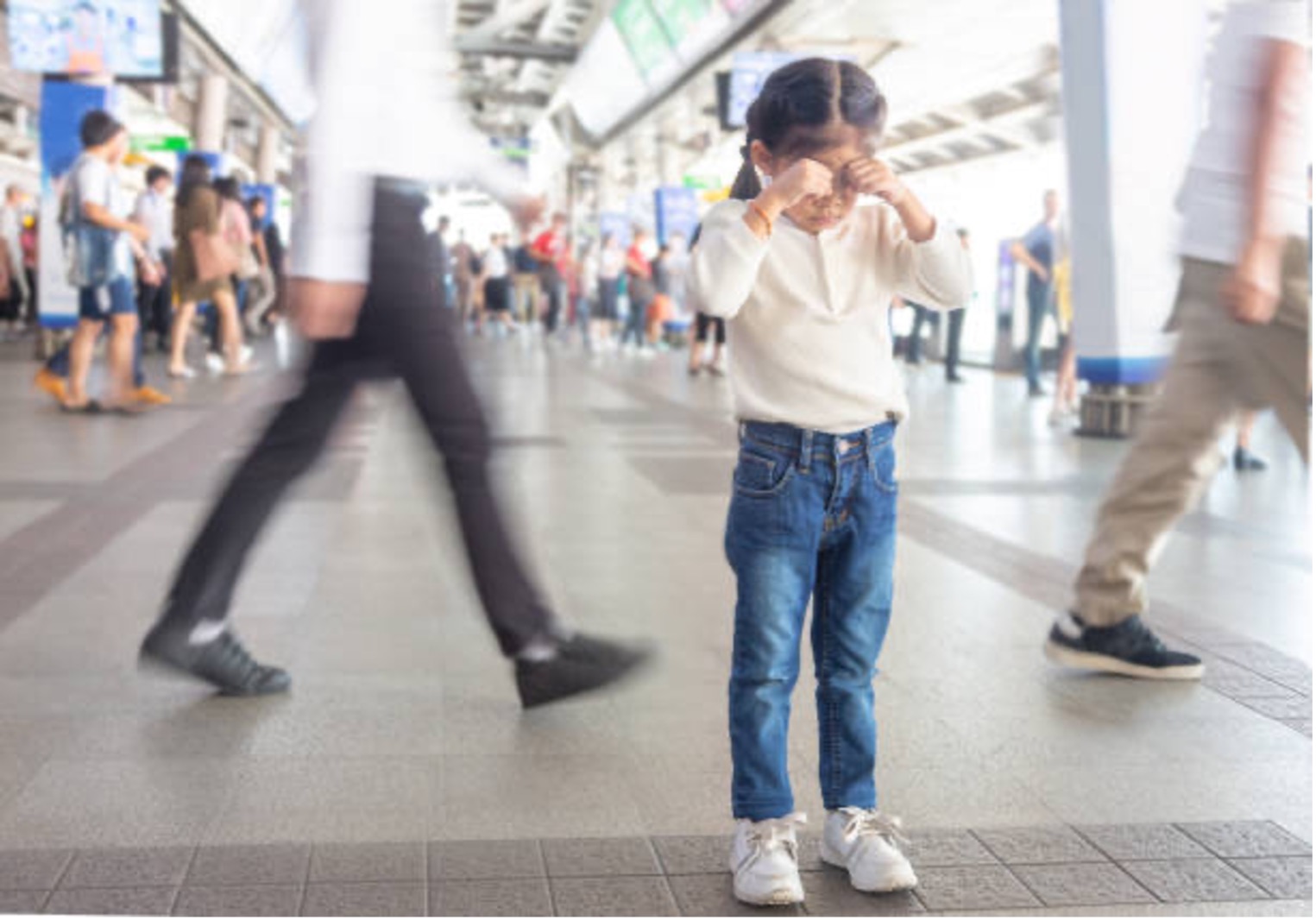 Fear, Muzak, and Finding My Mom

Thanks to my mom, I had a healthy sense of “stranger danger” so I couldn’t just ask anyone for help. I decided I’d need to find a person who worked in the store. Unfortunately, at that very moment, it seemed like anybody wearing a telltale red Kmart vest had gone on break.

I listened for my mom’s special whistle, which sounded like a shrill “whee-whaw-whee-whaw-wheeeee-whhaaaawww.” That translated into “Where are you? Come here now.”

I heard nothing but the smooth and suddenly not-so-soothing instrumental sounds of Muzak.

I told myself the right thing for me to do would be to stay in the same place. But how could I stay put in the toy department? I was scared out of my mind.

My fear turned to surprise when the Muzak was interrupted, and I heard the loudspeaker cut in.

I can still recall the look of relief that washed over my mom’s face when I emerged into sight. I imagined this moment in my childhood memories with the sound effects of angels singing “ahhhh” as little me steps out from a rack of flannel snowflake pajamas and wool socks.

“Where were you?!” we angrily shouted at each other in unison. Then, of course, I burst into tears. The relief of being lost then found was overwhelming. We were lucky that there was a happy ending. 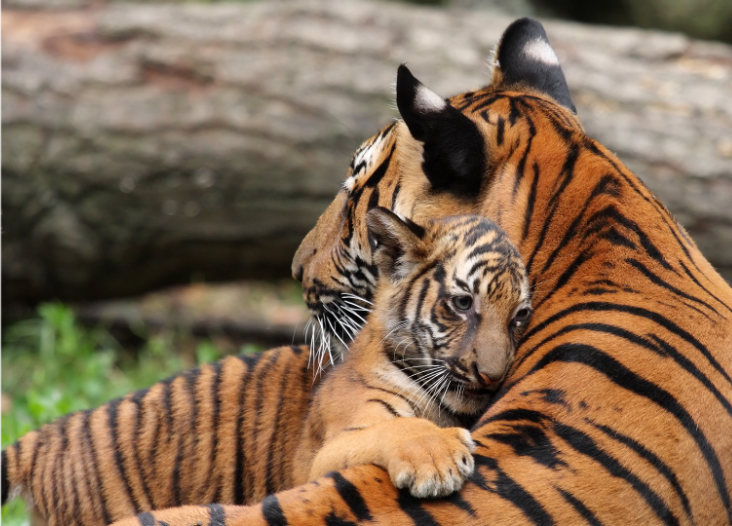 Finding Who We Are in Childhood Memories

For those fifteen or twenty minutes, I was alone until I was lost. The dread and the sickening anxiety that we both felt when I was missing shattered our sense of complacency. It was the first time I realized that I didn’t live in a bubble. Bad things could happen to me (though, thankfully, not this time). It was a feeling I tried to dispel of as quickly as we left that store.

In fact, as an adult, I often try to stop thinking about horrible things by saying my “avoidance of the unpleasant” mantra. (In case you are wondering, it is “marshmallows, bananas, broccoli, broccoli, broccoli” repeated over and over.)

We all react differently when confronted by difficult realities. Because I have inherited my mother’s worrying gene, this means that I plan for every permutation of what might happen. Whatever it is, I’ll try to be prepared. (That’s why my pocketbook weighs twenty pounds and every jacket I own has a tissue in the right pocket.)

The rational side of me knows that obsessively planning is an exercise in futility. But that’s my coping mechanism. I should also point out that my ability to organize and anticipate could be viewed as strength. A part of me wishes that I could just be easy-breezy about everything. I envy those of you who are like that. That’s just not in my DNA.

Whenever something goes wrong that I didn’t/couldn’t anticipate, there’s a tiny part of me that goes back in my childhood memories to that day I got lost in Kmart. How could I not keep track of where my mother was? How did I not plan for that?

While I’d like to say that I never strayed from my mother in a store ever again, that wouldn’t be true. In fact, quite the opposite. As my sister and I got older, we would routinely go off on our own, especially when shopping for clothing. But instead of panicking, my mother started using the store’s intercom to page us so that she wouldn’t waste time looking for us.

“Attention, customers, would Steph Cohen (my maiden name) please come to the service desk? Your party is waiting for you.” I heard that announcement many times during my teenage years. Mortifying for me, but way to make lemonade, Mom!

What childhood memories play a role in your quirks today? Tell me in the comments section!

Steph Katzovi aims to uncover the humor and humanity found in life experiences. A former speechwriter and executive communications consultant, Steph loves creating connections through her words and stories. Voted “Best Sense of Humor” and “Class Clown” in both 8th and 12th grades, Steph has always aspired to make people smile. Readers of Steph’s work should expect to lose themselves in engaging narratives, while finding similarities to their own lives in relatable characters and themes. Hurricamp! is Steph’s first book.
PrevPreviousFinding a True Friend—Meet Noodle Newman!
NextLessons to Live By: Taking Care of Things We LoveNext