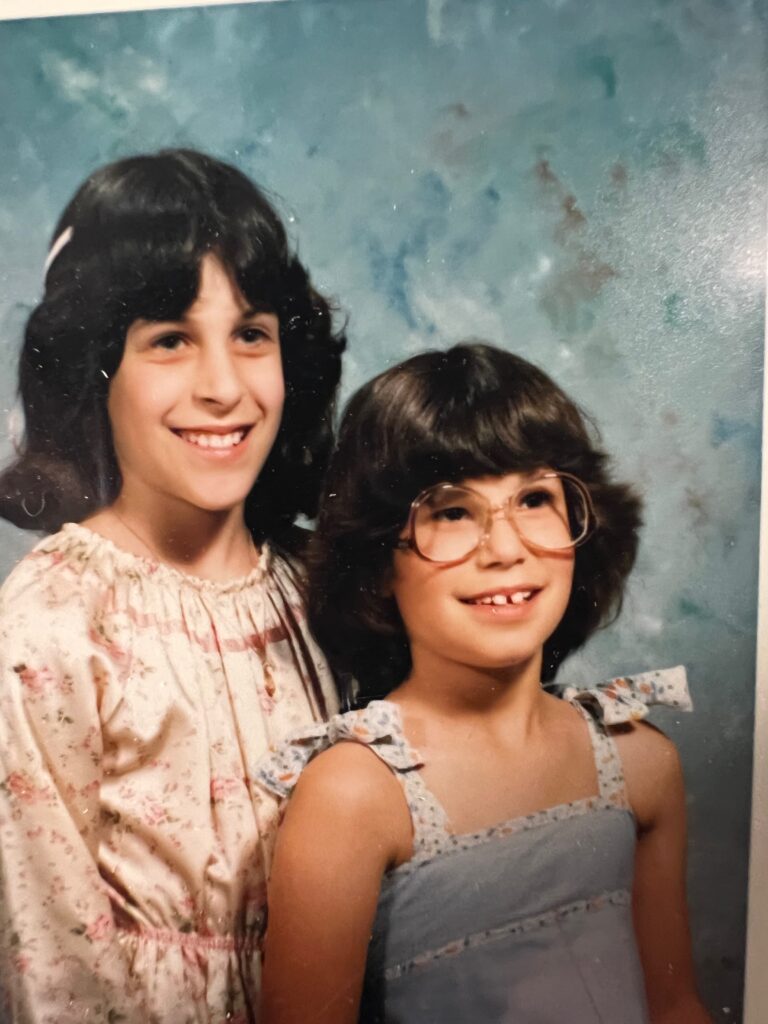 Matters of Life and Steph: “Not-So-Hot-Wheels”- Musings from a Children’s Writer

You can’t pick your siblings, but you can pick a fight

I’m sure that when I was born, my parents hoped my older sister, Andrea, and I would be loving, supportive, and kind to each other. And maybe, just maybe, we’d grow up to someday become best friends. I picture my mother trying have this conversation with my sister when I came home from the hospital one August many years ago.

I imagine Andrea, who would’ve been three-and-a-half years old at the time, responding in a bright, clear voice, “No thank you, I already have my dolls. You can just return that baby.”

Now, I’m fairly certain this conversation never actually took place, at least not when Andrea was still a toddler.

But that brings me to an important lesson I learned thanks to many years of fighting with my sister:  periodic conflict, particularly if it is somewhat low level—with a sprinkle of time, maturity, and unspoken love—can ultimately make you a stronger person.

If you can survive adolescence by adapting to the whims of a sister, brother, or any variation of the two, you have passed “the sibling test.” 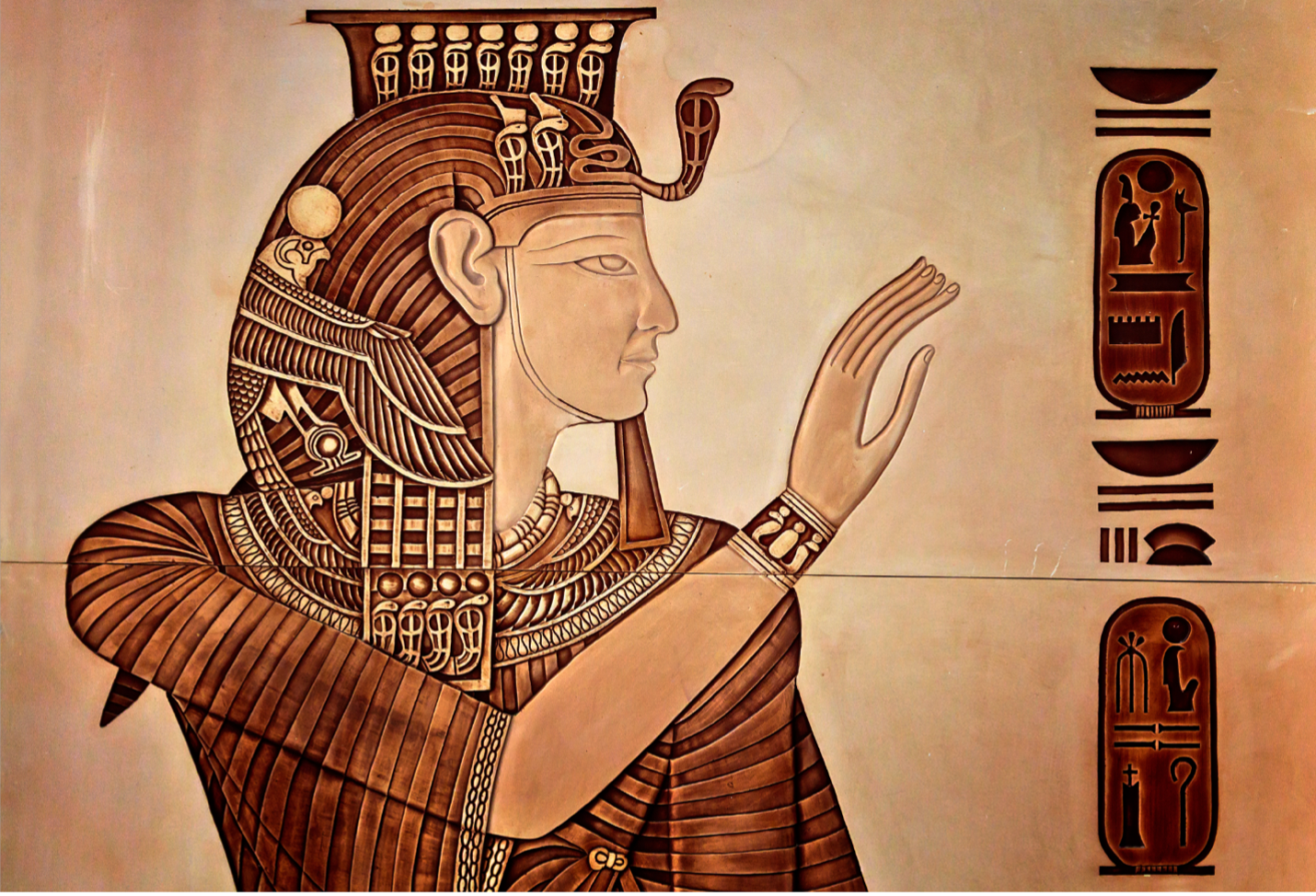 When Andrea and I were very little, I idolized her. She seemed like she was good at everything. I enjoyed the games Andrea made up for us to play; the more ridiculous the better. I envied her clothes, which, for a short time, made hand-me-downs extra special. I found her musical taste to be exceptional. (Who doesn’t love boy bands and 80s glam metal?) I was in heaven when I got to hang out with Andrea and her friends; though this was mostly if I kept quiet. In my young eyes, my sister could do no wrong.

Basically, I was happy to do whatever Andrea told me to do. She was the queen, and I was her loyal subject.

As we grew older—and we started developing our own diverging interests and opinions—our relationship started having more ups and downs. There are numerous childhood development articles, which suggest that this behavior is fairly typical. We were the best of friends and then we were the worst of enemies.

As part of my sibling test, we would take turns being annoyed at each other for some perceived infraction, we’d reconcile—or be forced to make up—and then repeat this cycle over and over again.

To this day, Andrea claims that she was more annoyed by me than I with her, but that’s a discussion for another time. 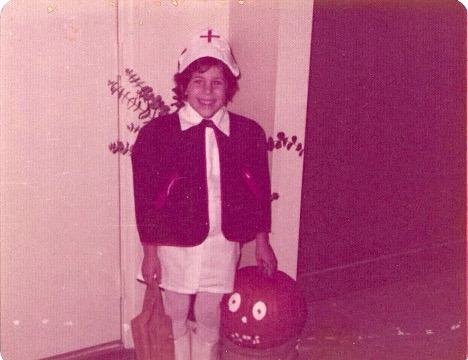 Those with siblings know that there is usually  some childhood trauma that you can pin on your brother or sister. Here’s mine: I hate dressing up for Halloween because of my sister. One year, around the time when Andrea was ten and I was seven, I got a skeleton costume. I should note that “costume” is a very generous term for my ensemble.

My skeleton outfit was made of plastic. It tied around my neck and my legs with flimsy plastic strips. I was essentially wearing a white wrinkly, crinkly garbage bag with bones printed on the front.

Andrea, on the other hand, was dressed as a 1900s era nurse. The only reason she had a nice costume, made of actual fabric, was because it was a hand-me-down from one of my parent’s friends. To complete her Florence Nightingale/ Clara Barton throw-back look, Andrea had a cape, a medical bag, and a hat. And for some reason, she had added a plastic “smiley face” mask to the costume.

This was, by far, the scariest mask I had ever seen. Thinking about her mask to this day still creeps me out.

The mask wasn’t intended to be scary, mind you. In fact, the mask was really just a cartoon woman with an absurdly huge, toothy smile. To me, though, the cartoon mask was disturbing. It made Andrea look like a nurse who would harm, not heal. (Did I ever mention that I had a wonderful imagination when I was a child?)

And so, I cried whenever my sister put on the mask. Andrea knew the mask frightened me and took great joy in teasing me. She would peek at me through her mask, see me getting upset, then pull the mask off before she got into trouble. After a while, my sister got lazier about quickly removing the mask.  I lost count of how many times I cried in the days leading up to Halloween.

When she heard my distress, my mother would yell at Andrea to take the mask off. My sister would then dutifully remove the mask. But all bets were off if we were far enough away from my mother.

When we were alone, Andrea would torment me with that mask, joyous in her ability to make me cry.

Thankfully, I didn’t develop a fear of nurses, but I did hate Halloween costumes—and particularly masks—after that. (And no, I never wore that nurse’s costume when it finally fit me.)

Looking back, perhaps Andrea and her scary nurse mask taught me an important lesson about facing my fears. Thanks to that sibling test, I got to confront one of my fears over (and over and over) again until perhaps I didn’t let that nurse mask scare me anymore.

An alternative ending to this story is that my mother took away the mask from Andrea and that resolved the problem. (I’m pretty sure that is the more likely answer, but for the sake of this narrative, we can leave it open-ended.) 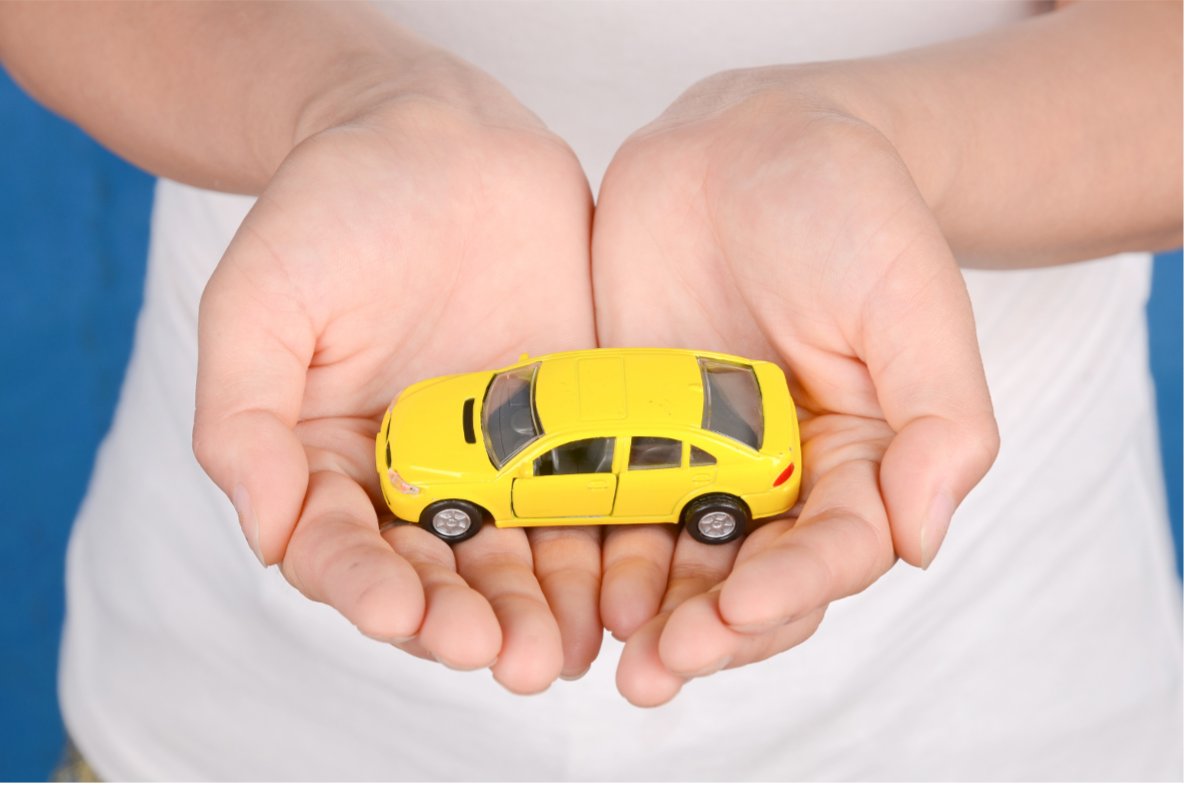 Hit me with your best shot

I remember playing with a Hot Wheels toy car when my sister was probably twelve or thirteen and I would’ve been around nine or ten. Andrea was probably bored. And what do siblings do when they are bored? One top option is that they start a fight.

In this instance, Andrea called me a name or said something rude about me. I forgot what the comment was, but it was something she knew would make me upset.

Noticing how irritated I’d become, Andrea called me the name again. I gave her a stern warning to discontinue her actions (although it may have come out as “Shut up! You better stop it”). She did not heed my warning.

So, I did what I thought would yield the desired result in the fastest amount of time: I threw the Hot Wheels car at her head, grabbed her arm tightly and said more firmly (and with bared teeth), “cut it out. Now.” And with my showing of immense force, she did.

I should point out that back in the 80s, Hot Wheels and Matchbox cars were made out of metal. If the car had hit her head, it would’ve hurt. I, however, had exceptional aim and knew that I could throw the toy car close to Andrea’s head, but not hit her.

I was the only one who was confident in my accuracy, unfortunately. As a result, we both got into trouble for fighting.

But I was the only one who got sent to my room.

At the time, my risky retaliation was worth it. I’m fairly certain that Andrea never called me that name again. And indeed, she soon realized that I was physically stronger than her. Once more, I have Andrea to thank for putting me through the sibling test. She taught me to stand up for myself. 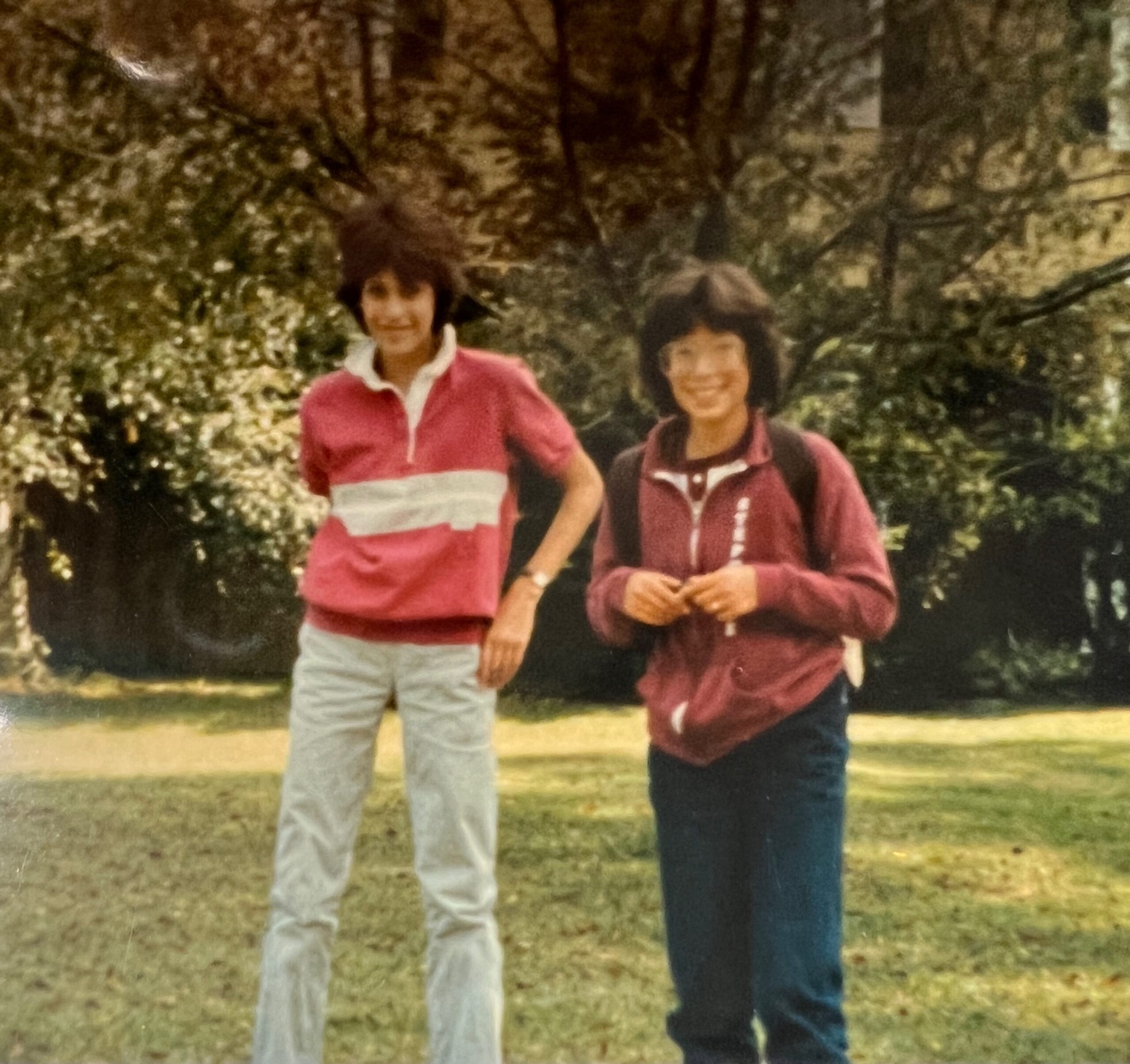 Now, I’ve shared these stories not to embarrass my sister, but to prove a broader point: without these sibling tests, I wouldn’t be who I am today. And I have my sister to thank for training me so thoroughly.

The sibling test is an unspoken trial by fire. Studies have shown that those who can endure it are better prepared for relationships and negotiations later in life. While I may have eventually figured out how to become more adaptable, clever, and tenacious, my sister enabled me to test these different facets of my personality. And do so on a repeated basis over the course of many years. She gave me my ten thousand hours of childhood development.

And how about this for a finale? My sister and I are now best friends. (Or at least I think we are.)

Since we have followed different paths in life, we now choose to overlap in the areas that we want. Andrea knows who I am at my core because she’s been there from the beginning.

With no disrespect to my husband, who came along when I was already in my twenties, Andrea has seen me through everything. From ugly haircuts and awkward teenage years to early adult struggles, and now the various challenges of middle age (blech!).

One of the things that has carried over from childhood is how much I value Andrea’s unvarnished opinion. I appreciate my sister’s honesty, her ability to be objective when I’m troubled, and her talent to immediately pivot to being subjective when I’m sad. (“Of course, you’re right” she’ll say just when I need to hear it.)

We don’t have to talk every day, nor do I have to share every single detail of my life with her (that’s what phone calls to my mom are for!), but I know without question, that she’ll be there for me no matter what.

And thank goodness that nurse mask was thrown away long ago.

If you have siblings, what is your relationship like as an adult compared to when you were young? If you never had siblings, what did you wish for? Please share them with me in the comments section.

Steph Katzovi aims to uncover the humor and humanity found in life experiences. A former speechwriter and executive communications consultant, Steph loves creating connections through her words and stories. Voted “Best Sense of Humor” and “Class Clown” in both 8th and 12th grades, Steph has always aspired to make people smile. Readers of Steph’s work should expect to lose themselves in engaging narratives, while finding similarities to their own lives in relatable characters and themes. Hurricamp! is Steph’s first book.
PrevPreviousLessons to Live By: Testing, 1…2… 3…
NextLessons to Live By: The Truth About My ToothNext