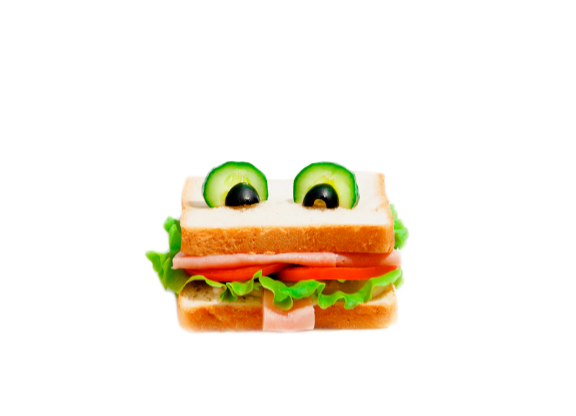 Lessons to Live By: Spoiler Alert

Hello and Happy New Year! It’s my first blog of the year and I was planning to write something extra nice for you. But then, after we returned from our two-week winter break, something gross happened at school. I just had to write about that instead. So, prepare yourself, because this blog is going to be extra icky.

Read on at your own risk!

Today’s blog is about the importance of properly putting food away. It’s a lesson my friend Pete—and our entire class—learned the hard way this week. All thanks to Pete’s forgotten lunch. 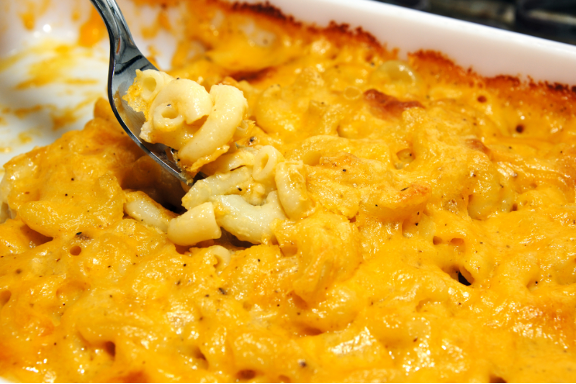 In our school, you can get lunch from the cafeteria, or you can bring your own lunch from home. (It just has to be nut-free in case someone has a food allergy.)

I usually do a little bit of both. If the school lunch is pizza, hot dogs, hamburgers, chicken fingers, sloppy Joe’s, or anything pasta, I’m definitely choosing the school lunch. If it’s something I don’t enjoy, such as meatloaf, I’ll bring my own lunch from home. I’ll usually pack something boring like a sandwich, but at least I know I’ll like it. (And I’ll definitely eat it.)

My friend, Pete, is kind of picky about food, so he usually brings his own lunch. On the last Wednesday before winter break, Pete brought his lunch to school. But when he saw that the cafeteria was serving macaroni and cheese, he changed his mind. He “bagged” his bag lunch and put it in his locker to bring home later. 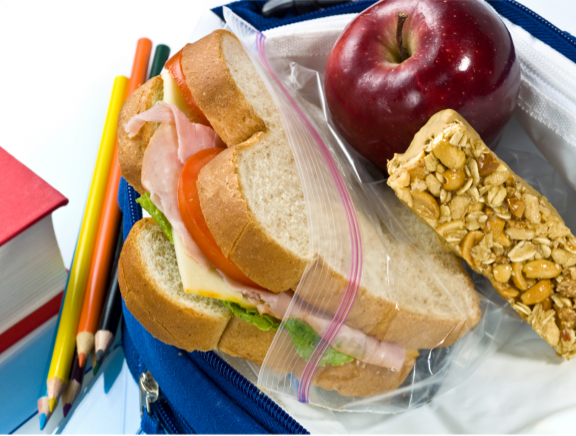 In the excitement before break, Pete apparently neglected to bring his uneaten, forgotten lunch back home.  Instead, his forgotten lunch stayed in his locker. (Somehow, it got stuffed behind a pair of Pete’s rain boots and a sweatshirt.)

Before we knew it, winter break had arrived.

Pete’s forgotten lunch stayed in his locker. For several weeks.

One day, we noticed that there was a bad smell coming from the locker area.

Our teacher, Mrs. King, sniffed around and discovered that the smell was coming from Pete’s locker. 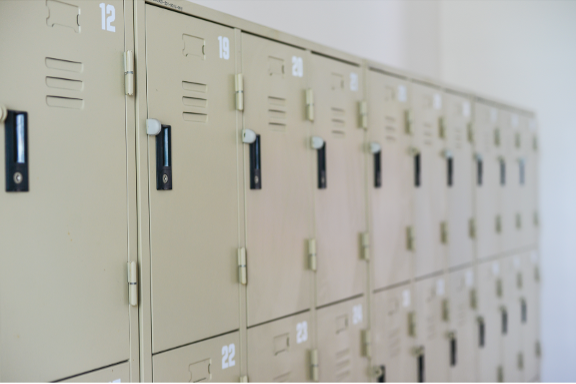 “Pete,” she said, holding her nose, “I think the smell is coming from your locker.”

“Really?” Pete asked as walked over to his locker. “I wonder what it could be.”

Mrs. King motioned for Pete to look in the back.

“Oh no!” Pete moaned when he looked in his locker. “It must be the lunch I never ate from before break.” Mrs. King’s eyes widened in shock. The odor from Pete’s forgotten lunch must’ve been really bad.

“Please put that old lunch in the garbage,” Mrs. King said, taking a few more steps back from the locker area.

“I’m not touching it!” Pete said, slamming his locker door closed. Pete is usually not someone to disobey the teacher, so we were all surprised at his response.

“Peter, this is your responsibility,” Mrs. King said in the serious tone she uses when she’s unhappy. “You have until the end of the day—but preferably sooner—to remove that lunch from your locker.” 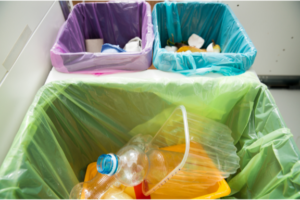 Out with the old

Pete is a good friend of mine. I didn’t want him to get into trouble.  I had to do something to help him.

“Pete, just use a paper towel to pick up your lunch bag,” I whispered to him from across the aisle. “Then you don’t have to touch anything.”

“It’s too gross,” Pete said with a whimper. “I now remember some of the things I brought for lunch that day.” Thinking about how rotten Pete’s forgotten lunch must’ve been, I grabbed my stomach and looked away.

Things weren’t looking good for Pete until Marion—who loves all things science—spoke up.

“If someone gives me something to plug up my nose, I’ll throw Pete’s lunch away,” Marion said. “I kind of want to see how disgusting everything is.”

We all looked at our teacher to see if she would approve of this solution.

“Fine, Marion can do it,” Mrs. King said with a sigh. “What can she use to keep that awful smell out of her nose?” 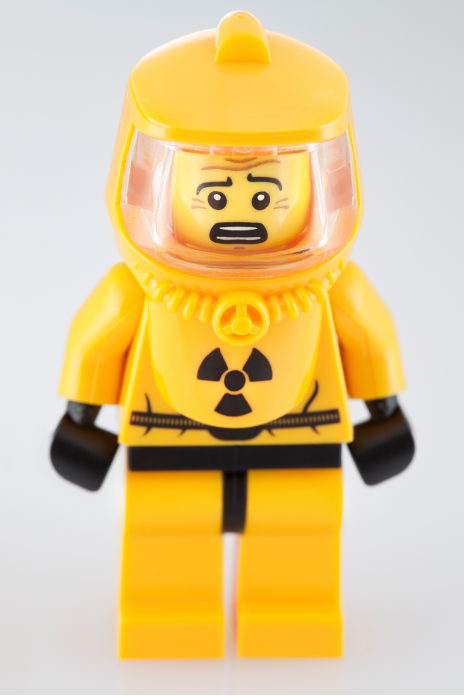 We all looked around to see if we could find something to plug Marion’s nose.

“Does anyone have a clothes pin?” Jason suggested. For some reason, he looked outside for a clothesline. (He didn’t find one.)

“We have some at home for laundry,” Tommy said. “But I don’t have any clothes pins here. I mean, why would I?”

No one was helping. But then, I had an idea.

“What about a binder clip?” I said, pointing to our bin of school supplies. “That holds papers together. It can probably hold a nose closed.” After a little bit of digging, we found a jumbo binder clip.

Pete fished it out of the bin and handed it to Marion. Our teacher handed Marion a pair of gloves like the kind we use in science class.

“You owe me big time,” Marion said to Pete as she made her way over to where Pete’s forgotten lunch was waiting.

As Pete held open his locker door, Marion fished out a brown lunch bag. It was a little wet on the bottom. Marion raced over to the garbage can, her hand stretched out in disgust. 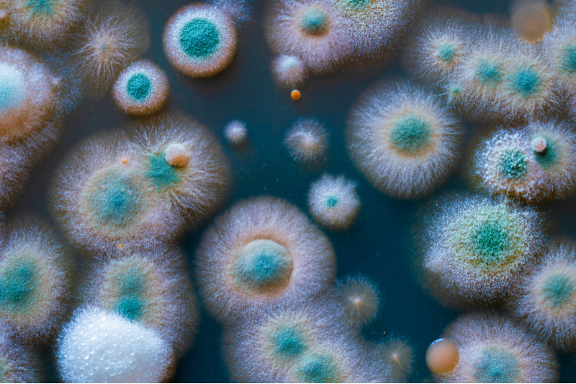 Instead of just throwing the whole bag away, though, Marion opened Pete’s forgotten lunch bag and pulled out what appeared to be a sandwich. She studied it for a moment.

“Ewww,” she said holding up the sandwich for everyone to see. “It’s got green and black dots all over it. That’s enough of that,” Marion added as she threw the sandwich away.

“Go on, pick out something else,” Joey, another boy in our class, said to Marion. Even our teacher seemed interested in this gross-but-fascinating scene. So, Marion put her hand back in the forgotten lunch bag.

“Ohh, an apple,” Marion exclaimed, pulling out an apple with a big brown spot. “Pete must’ve taken a few bites out of this. It smells a little like apple cider, but much stronger, and without any sugar. I’ll toss that right away,” she said, dropping the apple in the garbage.

“What else?” Tracey said, clapping her hands excitedly. “Is there anything else that’s rotten?”

“Just some spoiled milk…and what’s this?” Marion asked, pulling out a clear plastic bag. Marion turned the bag over trying to figure out what the object was inside.

“That was watermelon,” Pete said, slumping in his chair. Instead of being bright pink, the watermelon was now a pinkish-white color.

“It’s so slimy,” Marion remarked, shaking the bag a little.

Several kids in the class started to gag. Including me.

“OK, that’s enough,” Mrs. King said, jumping up out of her seat. “Marion, you can just throw everything else away.”

“But should I save the napkin?” Marion asked. “It looks perfectly fine to me.”

“At this point, I think it would be best to just throw everything away,” Mrs. King said, motioning for Marion to hurry up. “Class, Marion deserves a big thank you for her bravery.” We all clapped for Marion.

Pete tried to whistle but wasn’t successful. Instead, he just shouted, “heeeere hut.” It sounded pretty close to a whistle.

“Can I go to the bathroom and wash my hands?” Marion asked as she peeled off the gloves.

“Absolutely,” Mrs. King said. “You should probably wash your hands a few times.” 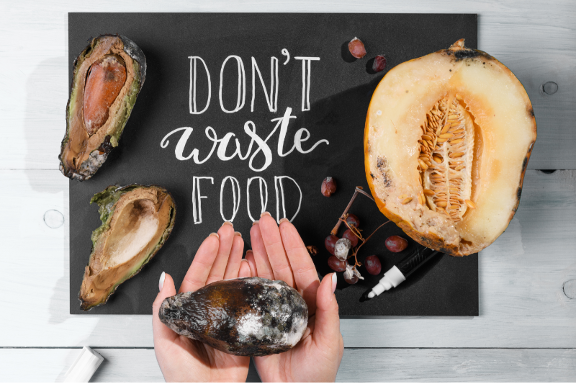 When in doubt, toss it out

Although Pete’s forgotten lunch was super disgusting, Mrs. King saw a learning opportunity. She spoke to our science teacher, Mr. Edwards, and asked if we could do a lesson on mold.

In our next science class, Mr. Edward taught us about mold using glass jars.

It was definitely better than the accidental experiment in Pete’s locker.

We learned that mold spores travel easily, even in slight air currents. But mold can also be dangerous, causing severe allergic reactions and trigger asthma attacks in some people. Invisible bacteria can also grow alongside mold, which makes it even more unsafe to eat.

That’s why Mr. Edwards said that it’s important to throw away food immediately if there’s any chance it might be spoiled or rotten.

We also learned there are a few exceptions to the “when in doubt, toss it out” rule:

Just be sure to cut off all the mold before you eat any of these foods.

OK, it’s time for me to finish my homework. We have a science quiz coming up and I need to study. I want to get a really good “spore.” (Get it? Like a mold spore? Ha ha.) Anyway, I promise I’ll be back soon.

Until then, be your best you.

What’s an interesting discovery you’ve made (either on purpose or by accident)? Please share it with me about it in the comments section!

Steph Katzovi aims to uncover the humor and humanity found in life experiences. A former speechwriter and executive communications consultant, Steph loves creating connections through her words and stories. Voted “Best Sense of Humor” and “Class Clown” in both 8th and 12th grades, Steph has always aspired to make people smile. Readers of Steph’s work should expect to lose themselves in engaging narratives, while finding similarities to their own lives in relatable characters and themes. Hurricamp! is Steph’s first book.
PrevPreviousMatters of Life and Steph: “Them’s the Breaks”- Musings from a Children’s Writer