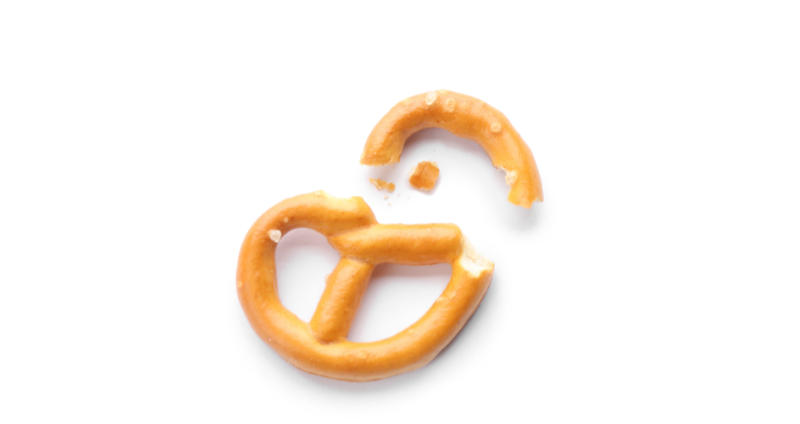 Matters of Life and Steph: “Beauty and the Yeast”- Musings from a Children’s Writer

Beauty and the Yeast

When I was a child, I enjoyed baking with my mother. I excelled at swooping in when chocolate chips needed sampling, as well as expertly licking frosting-coated beaters as required. As I got older, I gradually expanded my baking horizons to actually making things myself.

Today, thanks to my mom’s training—and using cooking shows as my background noise—I enjoy preparing simple but generally tasty things (which often fall on the healthier side, much to my children’s disappointment). In other words, I’m a passable chef.

I have one culinary memory from childhood which I’m still scarred by today: making homemade pretzels. The lesson I learned from my ill-fated pretzel-making experience is one that I’ve encountered multiple times in life: when there’s little margin (or margarine?) for error, put the extra time and effort into preparation. 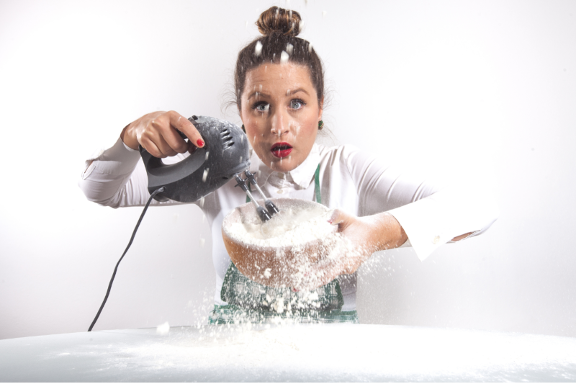 The real problem for me was how to correct a mistake when you don’t read the directions carefully enough. While the internet can help solve for some oversights these days, cooking—and especially baking—can be still be quite unforgiving.

There are so many elements you can’t leave up to chance in baking, whether it’s the precision needed in measuring ingredients, or the accuracy required for reaching a specific temperature or consistency. In my opinion, you can’t let down your guard when baking. Perhaps that’s why I have what I call “baking nerves.” Baking nerves is basically a fear that if you don’t follow recipes to the letter, whatever you’re making won’t come out correctly.

As a perfectionist—and because of my baking nerves—I am extra careful when I bake. I read new recipes several times before I begin. If I find a recipe online, I’ll also scan the comments to find out if someone suggests a variation, or if there’s a complaint about how something didn’t work. (This is a real luxury if you grew up using actual cookbooks like I did.)

After I do my required pre-reading, I start pre-heating the oven while I get all the ingredients out and put them on the counter. Then I double check that everything is in order before I begin.

But I wasn’t always that careful. 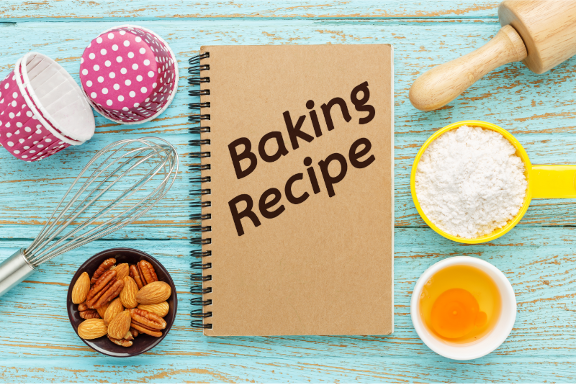 When I was in high school, my mother and I often planned out a baking “activity.” I would lead the effort, but she would quietly oversee. We picked something I liked to eat, so this typically meant an item from the chocolate family. For added fun, I often made an item that we sometimes bought at the store. Then we’d see whether we liked the homemade or store-bought version better.

One weekend, we decided upon making pretzels. Together, we found a recipe that wasn’t terribly complicated. Sure, there were a lot of steps, but it certainly seemed doable. For the first time, I would be making something with yeast.

I read and re-read the instructions on how to bake with yeast before I started. It seemed a little scary, frankly. The yeast would first have to foam, then you could add the flour and butter. After that, you had to let the dough sit for an hour. Only after the dough rose could you start on the next steps. It felt like a lot of added pressure on my already tense baking nerves. You certainly didn’t get that kind of stress with easygoing muffins or cookies.

But I was going to face my baking nerves and make those pretzels.

By the time we got started, it was late afternoon. My mother had to grade papers or do something to prepare for school, so she wasn’t as available as she normally was. I distinctly remember that after completing the first steps and leaving the dough to rise, I started feeling a little sick. As in actually ill. I recall being achy. I couldn’t tell if I was warm from the kitchen or because I had a fever. 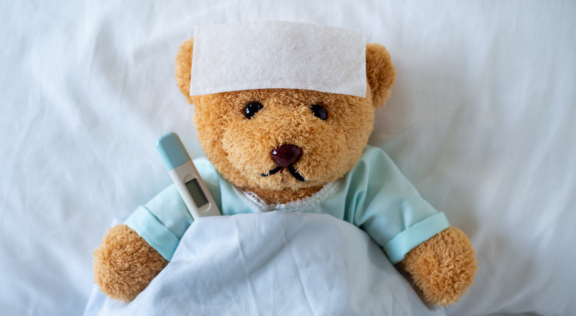 Sick and Tired of Baking

I told my mom I didn’t want to make the pretzels anymore. For some reason, I neglected to explain why. Given that it was my teenage years, I’m guessing my mother assumed it was because pretzel-making seemed too hard, and I was giving up.

“You can’t just leave things halfway done,” I recall my mother saying when I told her I wanted to stop baking.

“Then can you finish the pretzels for me?” I asked as nicely as I could.

Wanting to teach me a valuable lesson in responsibility, my mother said, “no, you need to see this project through to the end.”

“Well, can’t we just refrigerate the dough until later?” was my next request.

“Yes, but you still have to shape the pretzels if you want to finish making them tomorrow,” my mom said. “And it might be harder to work with the dough then. If I were you, I’d just finish the pretzels now.”

And so, despite feeling increasingly more terrible (some of it from actual illness but I’m sure another part of it was because of my baking nerves), I pushed on. 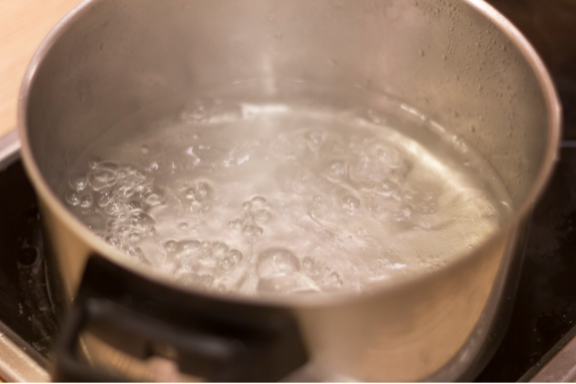 Because I wasn’t feeling great, I wasn’t as diligent in following the recipe. My first big blunder: I forgot to add baking soda into the water before it boiled. Boiling water with baking soda is apparently a key step in giving pretzels their distinctive texture and flavor.

When my plain water came to a boil, I put one of my sloppily shaped pretzels in (again, in my defense, I was feeling sick). I happened to glance at the recipe and notice that I had forgotten the baking soda. So, I added the baking soda into the already bubbling water.

Better late than never, I thought. Then, I continued on with the recipe. Turns out that was a half-baked idea on my part.

I remember brushing the sad, peaked-looking pretzels (which now resembled how I must’ve looked) with an egg wash. I could tell the color seemed a little off. At that point, I didn’t care. At least they had the correct bow tie shape for pretzels. That was pretzel-y enough for me.

I then proceeded to bake the pretzels as directed. They never turned golden brown. After twelve to fourteen minutes of agony (I was feeling sicker with each minute), I took the pretzels out of the oven and left them on the cooling rack.

Having cleaned up the remaining pots and pans (“if you have time to lean, you have time to clean” as the saying goes), I told my mother I was done.  I lay on the couch until she was ready to sample my handiwork. 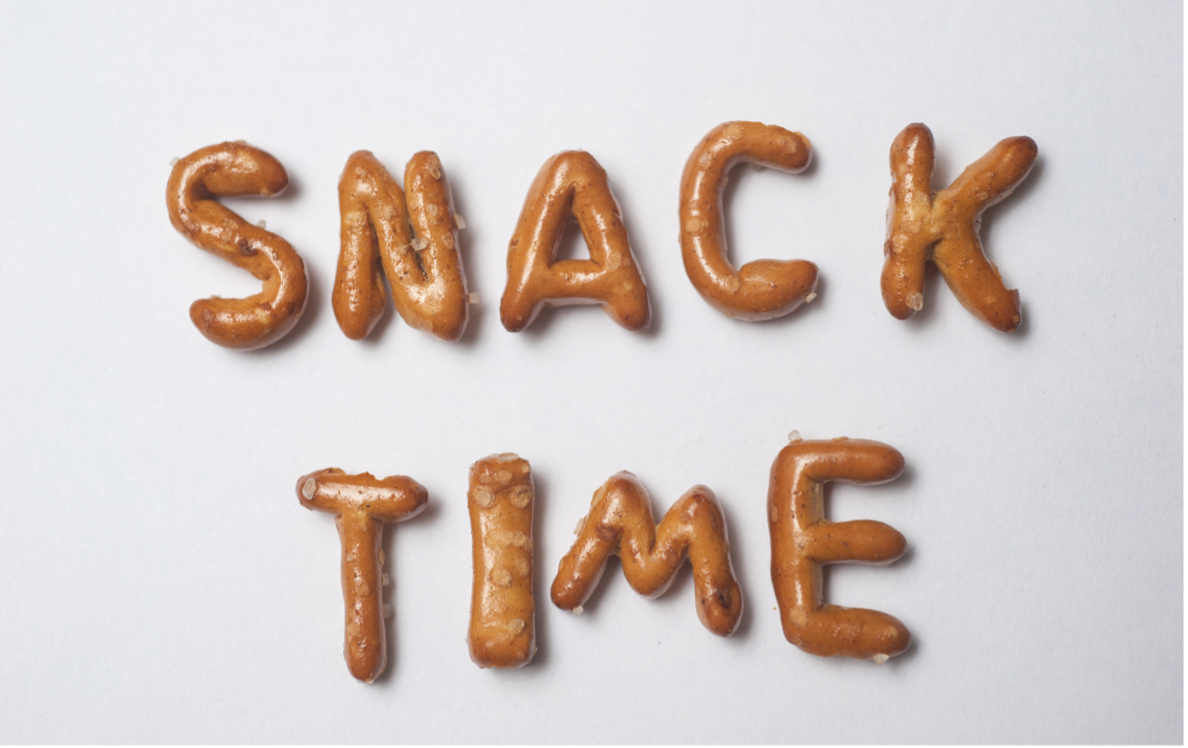 A little while later, she went to the kitchen, fully expecting to admire and enjoy my pretzels. After taking a bite of a pretzel, she slowly and thoughtfully chewed it. I assumed she was trying to figure out a way to be supportive about this baking fail. It took her a while to swallow the pretzel.

I decided to save her the agony of being tactful.

“I know the pretzels didn’t come out right,” I said. “I forgot to boil the water with baking soda. Also, I think I have a fever.” At this point, I’m sure my mother felt terrible since she didn’t realize I was truly sick.

I can’t remember what happened after that, though I’m pretty sure it involved medicine and bed. 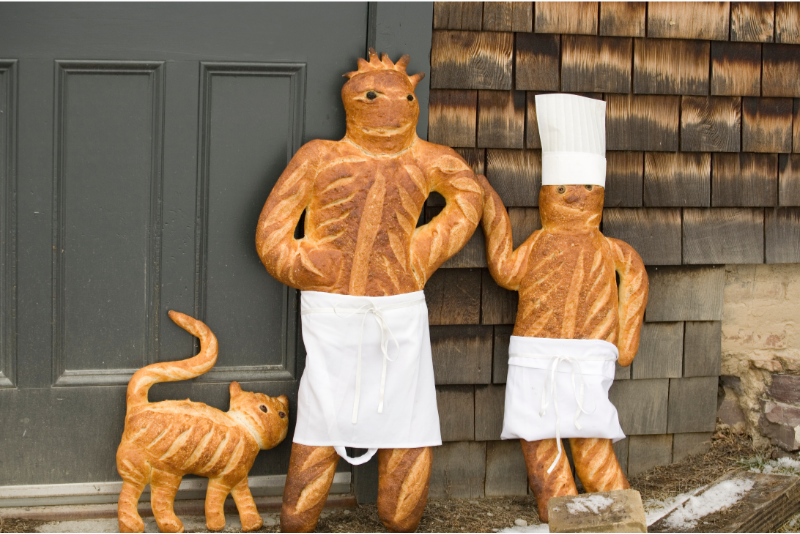 Biting Off More Than You Can Chew

After the “pretzel incident,” I probably took a break from baking with yeast for a little while. But, even though I had a bad bake, I knew I couldn’t throw in the proverbial tea towel forever. While I never made pretzels again (I actually don’t really like them anymore), I continued to expand my culinary horizons.

These days, I know when I’m biting off more than I can chew with a tough recipe. If there are too many ingredients or steps, I’ll probably find something else to make. I’ll gladly wait until I go to a restaurant or bakery to order that tricky item. But I’ll still try making something that I know is a little above my skill level. You never know what might become a family favorite, right?

I’m excited to start sharing the cooking techniques and tricks that my mother taught me with my children. I hope they appreciate the importance of focusing on the details—and doing their best to get those details right, whether it’s for baking or something bigger. I remind them that sometimes, no matter what you do, things don’t always go as planned. Life—just like baking—can be arbitrary and imperfect, even when you think you’ve done everything right.

But if you can still persevere despite this difficult reality, then you have the ultimate recipe for success.

Are there memories from your childhood that had an impact on you as an adult? What did you learn? Please share them with me in the comments.m

Steph Katzovi aims to uncover the humor and humanity found in life experiences. A former speechwriter and executive communications consultant, Steph loves creating connections through her words and stories. Voted “Best Sense of Humor” and “Class Clown” in both 8th and 12th grades, Steph has always aspired to make people smile. Readers of Steph’s work should expect to lose themselves in engaging narratives, while finding similarities to their own lives in relatable characters and themes. Hurricamp! is Steph’s first book.
PrevPreviousLessons to Live By: “Sneak”ing out of your comfort zone
NextLessons to Live By: When One Door Slams, Another One OpensNext