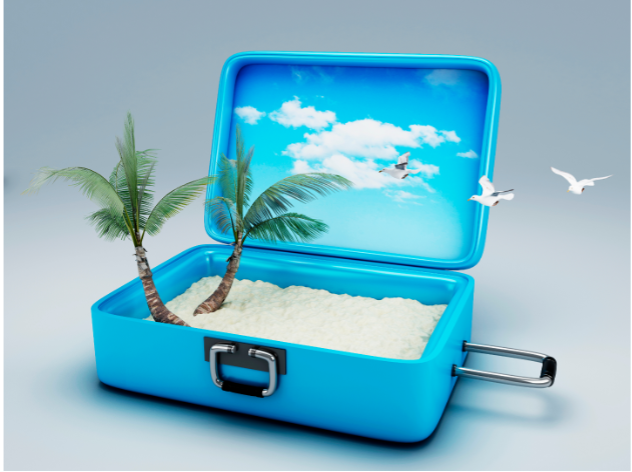 Matters of Life and Steph: “The Missing Peace”- Musings from a Children’s Writer

Hello and welcome back. With August upon us, I’ve been thinking a lot about my grandparent’s annual two-week summer visits from when I was a child.

Unfortunately, I don’t remember their visits fondly. Looking back on the situation, the worst part is realizing the misery was almost entirely due to my own bad attitude.

Although I didn’t fully appreciate it at the time, my grandparents were absolutely wonderful people. They showered us with kisses (which little girl me didn’t like), they had plenty of stories to share (but took too long to get to the good parts), and they commandeered the TV every night at 7 pm to watch Wheel of Fortune and Jeopardy! (That part I didn’t find so terrible.)

Even before they arrived, I looked forward to when they would leave.

From this experience, I learned a tough lesson, something that many children struggle to appreciate: sometimes being gracious is more important than being honest. 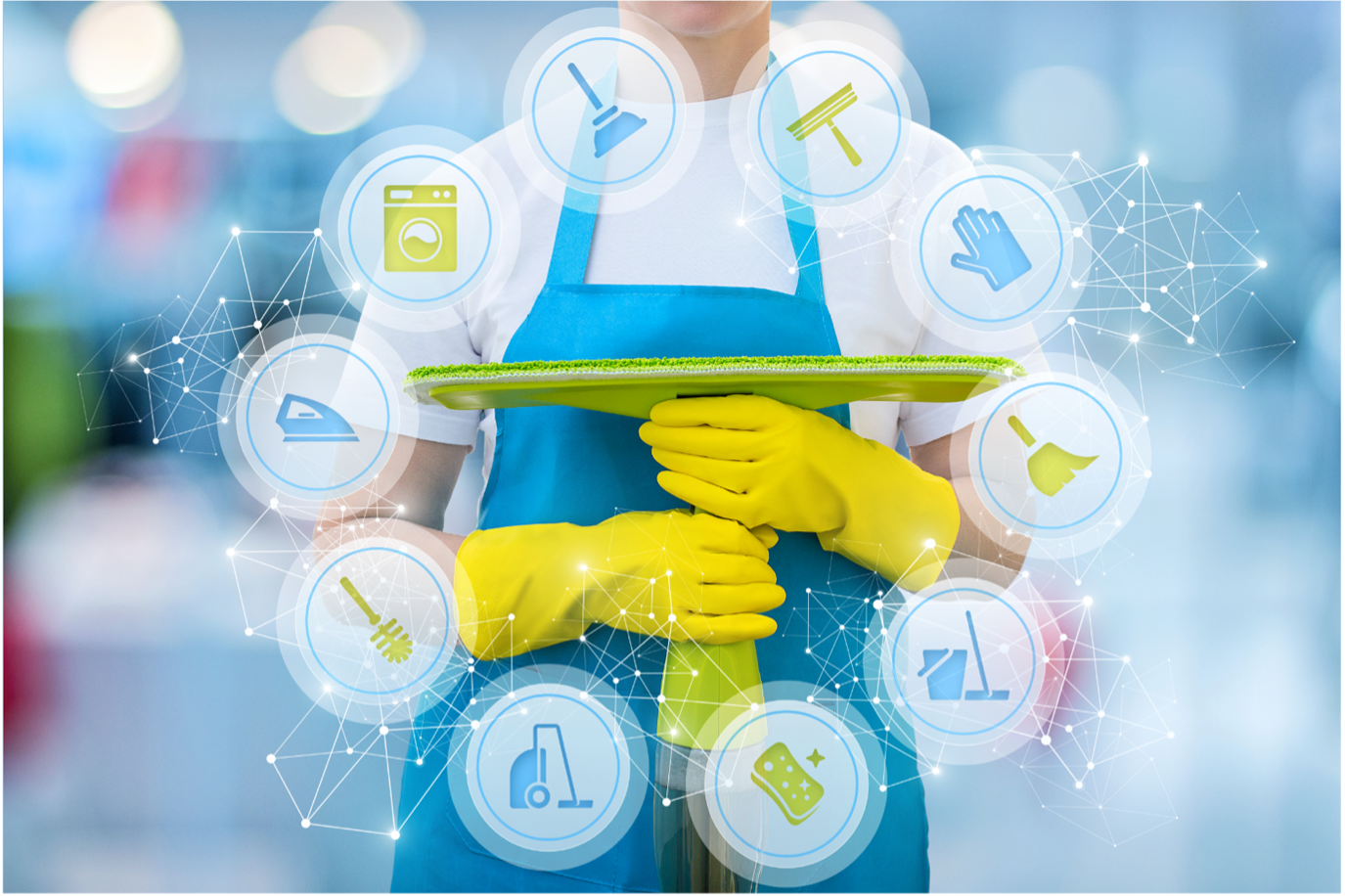 We all knew when my grandparent’s visit was coming. First, my sister and I would get haircuts. If there’s one thing my grandmother couldn’t stand, it was us having hair in our eyes. My grandmother wasn’t shy about sharing her views about overgrown bangs—or anything else—with us.

Typically, one week to the day before their arrival, my mother would start cleaning every crack and crevice in the house. Our house was already exceptionally clean, so I don’t know how my mother found any additional dirt.

My mother would start with the guest bedroom. Since we didn’t have that many overnight guests, my sister and I used the spare room as our playroom. We viewed the guest room-turned-playroom as “our” room, even though we had no business doing so.

“I need you to clean up your toys,” my mother would say as she plopped sheets onto the pull-out bed. I knew I had no choice. With a great many dramatic sighs, I relocated the most important items to my room.

Once the house was in order, we all had to take great care not to disrupt any of the areas my mother had just cleaned and painstakingly organized. Looking back on my mother’s excessive pre-visit preparations, I realized she didn’t want to be viewed as a lesser homemaker to my grandmother. (If anything, my mother’s cleaning skills exceeded even the professionals.) 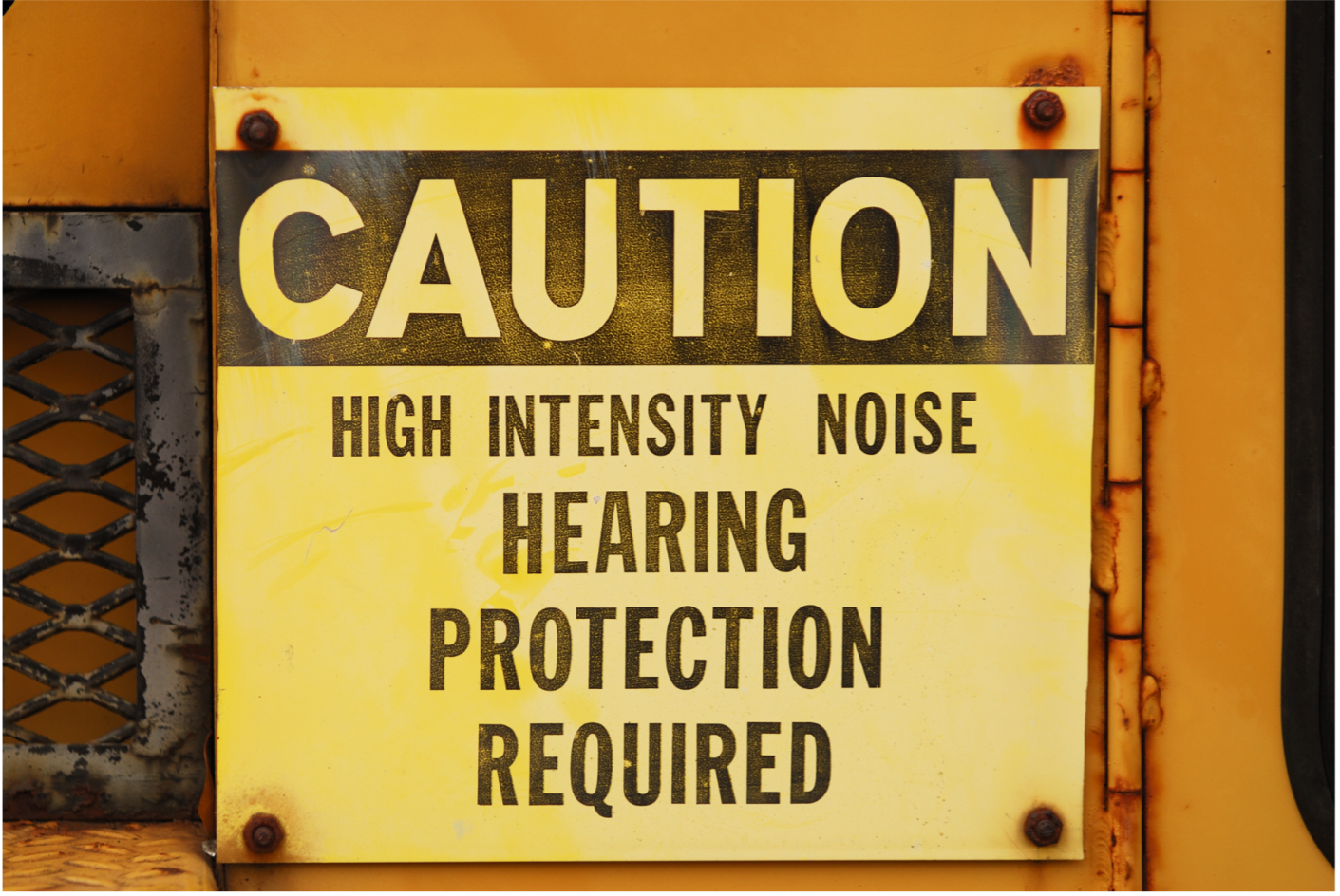 Whenever my grandparents came, the noise level in the house went from a three to a seven and sometimes an eight. My grandparents were loud. When they spoke to each other, their natural volume was a shout.

Each morning with my grandparents was pretty much identical. First, they’d take their medication and then wash everything down with either Maalox or prune juice. After all the pills were ceremoniously consumed, they asked for the same breakfast: half a grapefruit with one sugar packet, some toast, and a cup of coffee that they slowly sipped for about a half hour while they read the newspaper.

Once breakfast was consumed, it was up to my mother (who was a teacher and had summers off) to keep everyone occupied for the day. My father would wisely slip out of the house early to get to his dental office.

Having raised two active boys who were once even more active toddlers, I know how long a single day can be when you must account for every waking moment of other living beings—regardless of age. 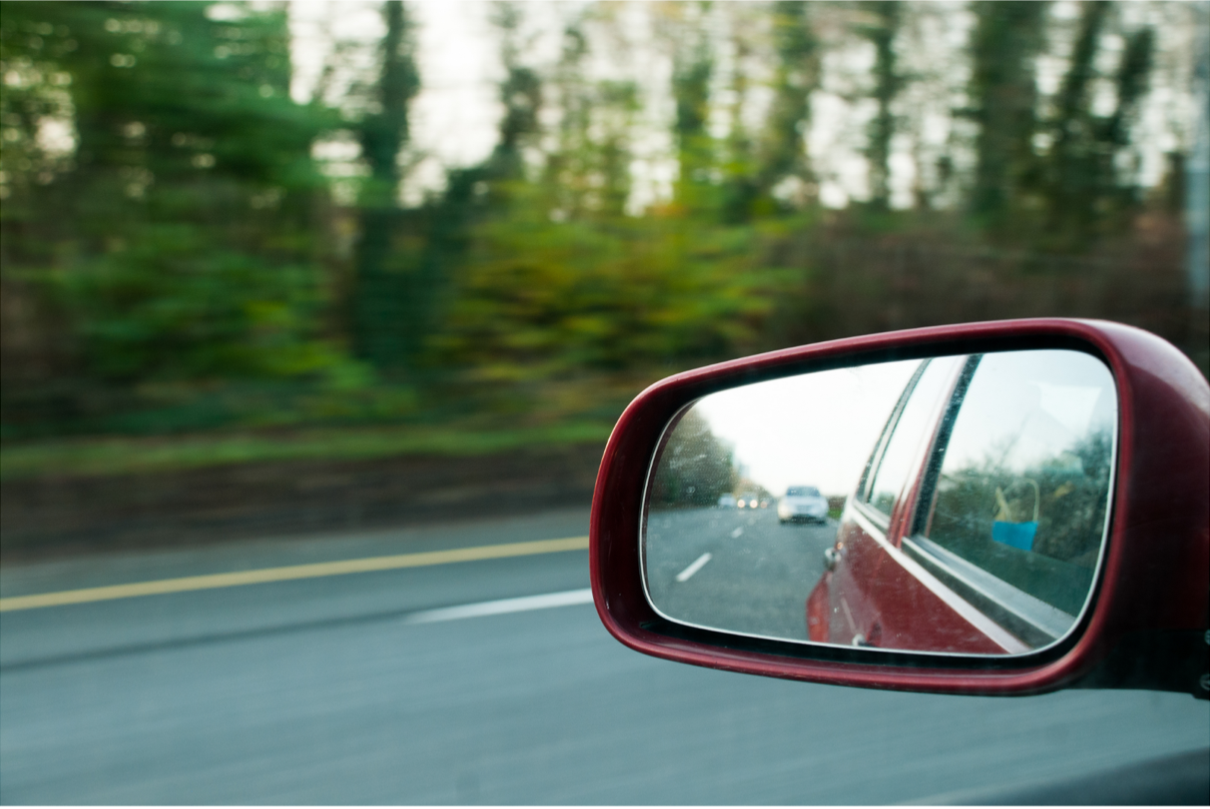 Eastside, Westside, All Around the Town

Everything within a one-hour drive was fair game for our daily activity. We visited a farm; we went to the Roosevelt Mansion in Hyde Park; we walked around the Vassar College campus; we had a picnic in the park. And when my mother ran out of ideas, we went shopping (though rarely buying anything other than groceries, much to my sister and my annoyance).

My mother must’ve been exhausted, because on top of all these activities, she was often preparing all our meals from scratch.

And what did I do the whole time? I complained. I was difficult. I was a real pain-in-the-butt. In my defense, I never remember being outwardly rude to my grandparents like talking back or yelling. Just tepid—bordering on downright chilly—in my demeanor and mood.

I’m not sure if it was suggested to me or whether I just decided on my own that I should quietly play in my room or go outside during moments of down time. I’m sure we all needed a break from each other. 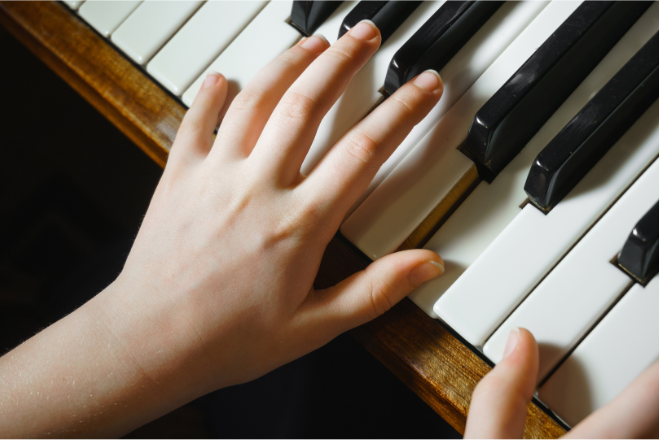 Looking back on my grandparent’s visits, I realize that I didn’t have the maturity to adapt to the disruption in our family life. I was, as many children are, selfish. I was focused on me, me, me.

In my mind, the summer was our time with my mom. I enjoyed having my mother’s full attention since she wasn’t busy working at school. Her world would have revolved around my sister and me had my grandparents not been there (though I didn’t realize that she also did a million other things during her so-called vacation).

What I didn’t appreciate was this was a chance for my mother to connect with her parents as an adult. These visits were my mother’s time to shine and show off aspects of her life, including her two wonderful children (emphasis added). Unfortunately for my mother, her “wonderful children” (ahem, mostly me) didn’t fully cooperate and share their best sides when it counted the most.

One of my worst moments was resisting my mother’s request to play piano for my grandparents. I was embarrassed and didn’t like playing in front of others. What I didn’t understand was that my mother really had two purposes. First, she wanted to showcase her talented children. Plus, a “concert” was another activity that would give my mother a break.

I eventually agreed to play and recall how overjoyed my grandparents were (despite however many mistakes were made). They couldn’t stop raving about my sister and my talent, the complexity of the songs we played, and our overall brilliance. In that moment, we had found our peace. I wish it could’ve lasted. 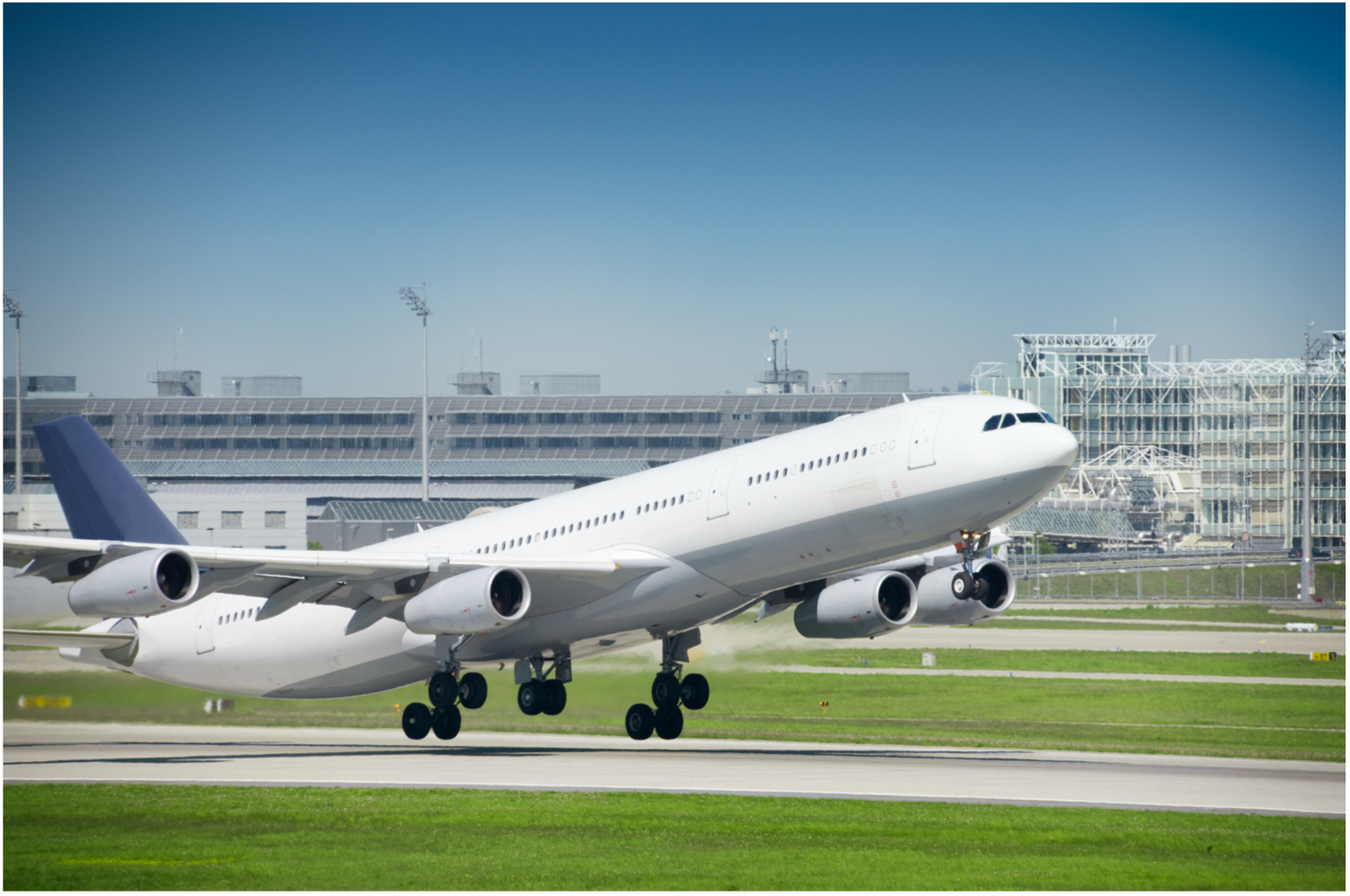 I was—and still am—jealous of my older sister who is better at faking interest and enthusiasm in others. My sister delighted in going through my grandmother’s jewelry, listening to their stories (or at least tolerating them), and was an overall more attentive grandchild.

It makes sense that she became an optometrist because she’s great with people. I, on the other hand, was the more reserved and prickly kid. That is why I’m happiest when I’m by myself typing away at my computer.

At some point during those two weeks, we eventually found a rhythm of tolerance (me) and pleasant-enough engagement (them). By the end of their visit, we all hurried to watch Wheel of Fortune and Jeopardy! My poor mother. She now had the added pressure of cooking and serving dinner for six people before 7 pm.

And then, it would end. On day 14, we would drive my grandparents back to the airport, waving until we couldn’t see my grandmother’s bright red hair anymore (“Lucille Ball red” may have actually been the official color). Upon their return to Florida, the house would slowly go back to its quiet self.

Despite my mother’s incredibly thorough job vacuuming and dusting, it would still take a couple more days for the scent of my grandmother’s perfume to vanish from the house. 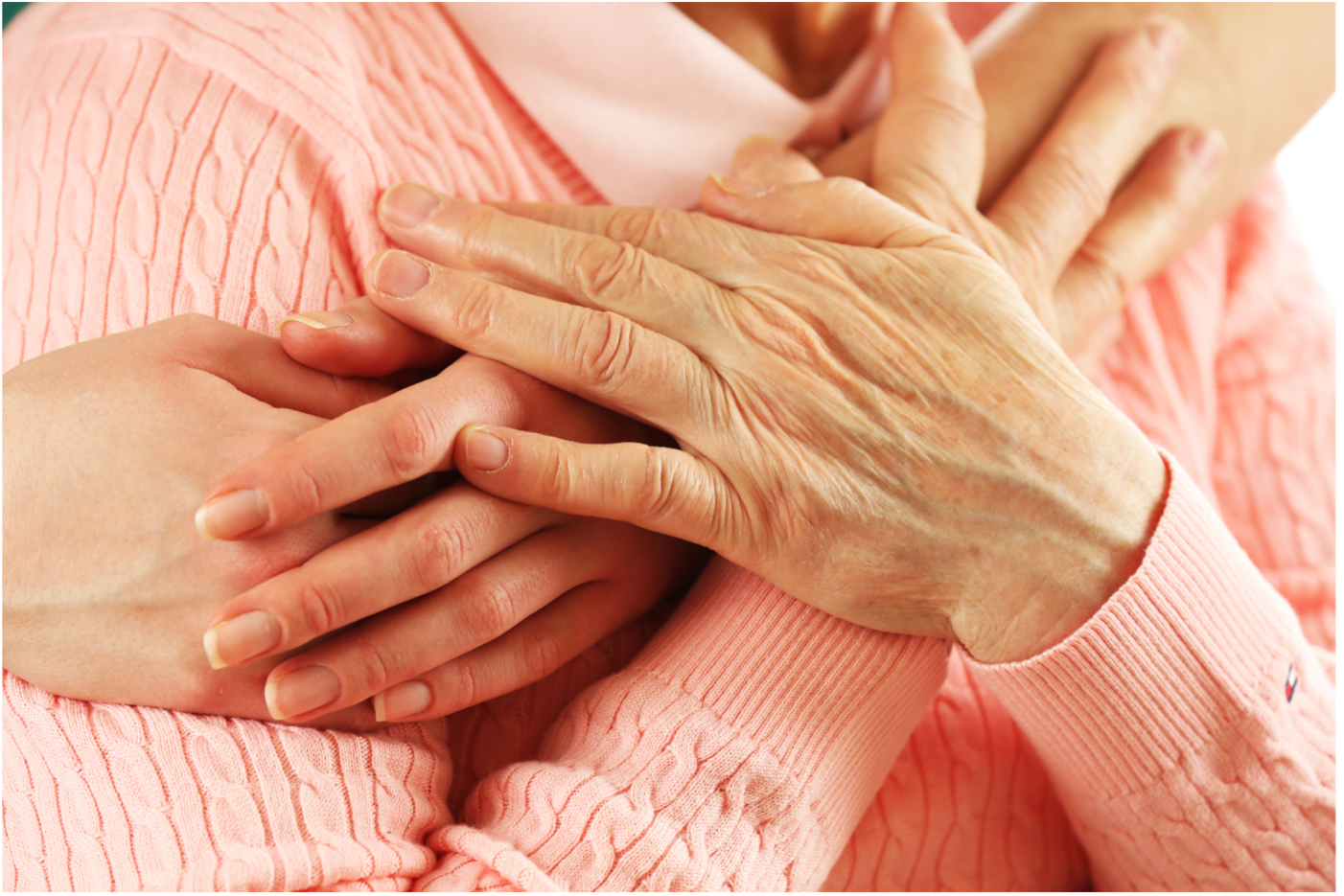 As an adult, I imagine how my mother must’ve felt during those two weeks. We are extremely close now and on rare occasions, she’s mentioned how upsetting it was that “we” didn’t try harder to be more hospitable when her parents visited (I’m pretty sure she meant me).

There’s no doubt that my grandparents loved me, even at my less than best. As award-winning and critically acclaimed author Deb Calletti once wrote: “That’s what people do who love you. They put their arms around you and love you when you’re not so lovable.” If I could go back in time, I wish I had hugged my grandparents back a little harder.

What I learned from my grandparent’s visits is something that, unfortunately, I didn’t realize until too late: sometimes you have to do things for those you love to make them happy. It’s not always about being true to yourself and your own feelings.

The slightly less stubborn, but now grown-up version of me is still working on this lesson.

Are there moments in your childhood you wish you could do over? What would you have done differently? Please share them with me in the comments.

Steph Katzovi aims to uncover the humor and humanity found in life experiences. A former speechwriter and executive communications consultant, Steph loves creating connections through her words and stories. Voted “Best Sense of Humor” and “Class Clown” in both 8th and 12th grades, Steph has always aspired to make people smile. Readers of Steph’s work should expect to lose themselves in engaging narratives, while finding similarities to their own lives in relatable characters and themes. Hurricamp! is Steph’s first book.
PrevPreviousLessons to Live By: The Shapes of Friendship
NextLessons to Live By: “Sneak”ing out of your comfort zoneNext